Over 200 billion rupees are going into the construction of a new parliamentary complex in Delhi, despite the urgent need to improved healthcare.

As the coronavirus continues to bring chaos and tragedy to India, Delhi is in lockdown. The whole city is on hold, waiting for the pandemic to pass.

Everywhere, that is, except the Rajpath, where work continues on the Central Vista Project: a huge development of multi-storey offices, a new parliament building, and homes for the vice-president and prime minister.

The development is costing India over US $2.8 billion, or 200 billion rupees, and has attracted criticism ever since the announcement of the plan in 2019. Today, that criticism has grown as a result of the current crisis. How can such an expense be justified in the midst of so much suffering, when the whole country is in desperate need of healthcare?

In January 2021 the case to call off construction was heard before the Supreme Court, which ruled to allow work to proceed. The project does not violate any building regulations, so it cannot be considered illegal, and the court agreed to classify it as an “essential service”.

The ethics of spending so much on what opposition parties describe as a “vanity project” for Narendra Modi, however, are highly questionable.

Criticism from all sides

The Congress Party has questioned the government’s “absurd priorities” in spending so much on redevelopment at a time of a national health crisis, particularly when the economy has come to a standstill, and on 12th May twelve key leaders of opposition parties – including Sonia Gandhi of Congress, Uddhav Thackeray of Shiv Sena, and Mamata Banerjee, Chief Minister of West Bengal – signed a letter to Modi demanding that work on the Central Vista project be stopped.

“Use the allocated money for procuring oxygen and vaccines,” they wrote.

International condemnation of the building project followed a week later, when 76 public intellectuals – including scholar Gayatri Spivak, writer Anish Kapoor, and Glenn Lowry, director of New York’s Museum of Modern Art – sent an open letter to the prime minister criticising the extravagance of Central Vista, particularly in the midst of a pandemic. Continuing the work at this time would mean “endangering workers, and squandering scarce resources that could be used to save lives. […] The escalating health crisis calls for a pause and a reset.”

As the death toll rises and the inadequacy of India’s healthcare system becomes more and more apparent, the expense of the Central Vista Project has become impossible to justify.

Those with least power are most hard-hit by the immediate effects of the construction process. Just a few miles from the site, the mud and rubble dug out as part of the project are dumped on a floodplain of the Yamuna River in the Mayur Vihar district.

The area is inhabited by slum dwellers, living in makeshift tents, who have been ordered to relocate by the authorities. But they have nowhere to go – particularly in the midst of the current pandemic, as fear of COVID-19 makes the thought of moving even harder. Instead, they watch the piles of mud pile up, fearing that if they leave they may return to find their homes destroyed.

Dev Pal, a human rights activist, asks how this can be justified by those in power. “People who run the country will sit in the newly constructed parliament, built by demolishing their own voters’ households. Is this violation of fundamental rights not oppressive?”

The Rajpath has become a building site 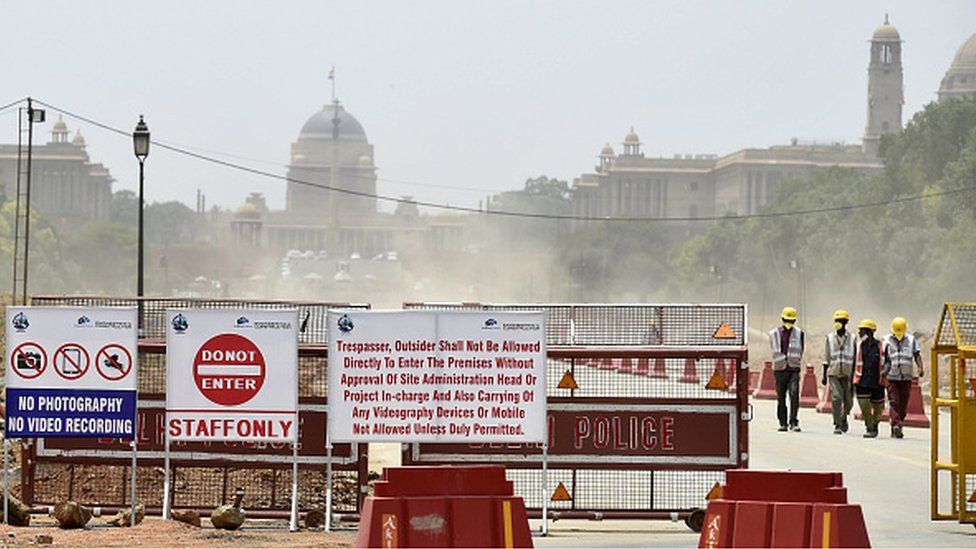 A further concern is the demolition and relocation of the National Museum of India, the Indira Gandhi National Centre for the Arts (IGNCA), and the National Archives Annexe. The contents of these three cultural centres are an irreplaceable part of India’s cultural heritage, while the National Museum building is of historic importance in its own right.

There is no clear plan for relocating the objects and archives, which will be a major task in itself – and even more so during a pandemic.

Last week’s statement from public intellectuals drew attention to the hastiness and lack of consideration for such a significant undertaking. “Across the globe, such plans to expand, relocate, repurpose or redesign key cultural institutions are preceded by widespread consultations and consensus building before finalising the design, let alone moving collections indefinitely.”

The Central Vista Project will alter the heart of Delhi forever, as well as potentially endangering the contents of these museums and cultural centres. Yet it has been rushed through.

The PM feeding peacocks at his current residence 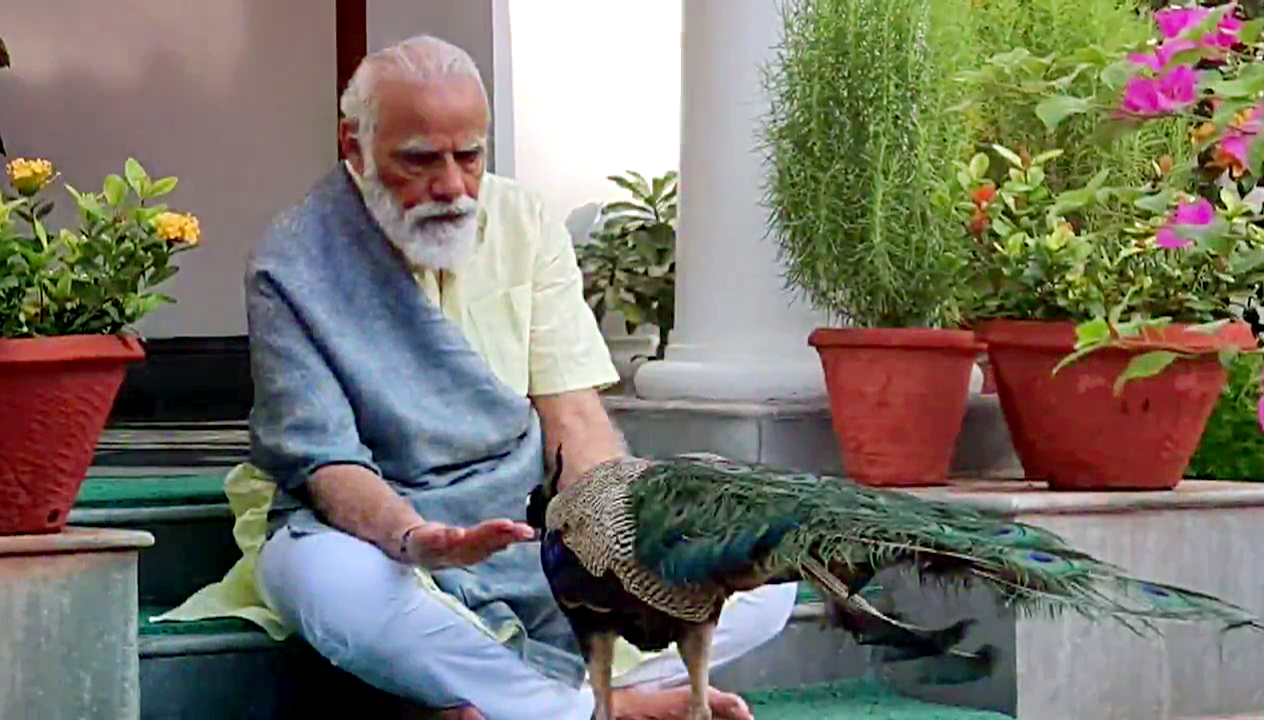 Particular criticism has been aimed at the inclusion of new house for the prime minister as part of the project, due to be completed in December next year.

Narendra Modi currently lives only 3km away from the presidential palace and parliament, in a large and luxurious complex where Indian PMs have lived since the 1980s. It isn’t just a house: there are meeting rooms, a theatre, a number of bungalows with accommodation for guests and staff, a helipad, and a private tunnel connecting it with the airport.

As architect Gautam Bhatia points out, this standard of accommodation is already excessive for a minister of state: "The Indian PM occupies an entire street - in Britain, 10 Downing Street is just a door with a number."

This being the case, there seems no clear need for a new residence. According to the plans from the Central Vista project, however, the prime minister will have a new house built next to that of the president, occupying a 15-acre plot. No more details have been revealed, for “security reasons.”

A statement of power

The Central Vista project was never about solving a practical problem. The Indian government does not “need” these new offices. The prime minister does not “need” a new house.

The project - particularly the relocation of the PM’s house to the centre of power - is a symbolic move. Throughout his time in office, Narendra Modi has sought to centralise power and to silence opposition. He has gradually brought the media under state control, as well as the Central Bureau of Investigation and other departments, and appointed BJP loyalists to state governorships around the country.

The construction of a new residence at the centre of government is a strong statement. Mohan Guruswamy, a political analyst, comments:

“He's not just making a new home, he's rearranging the institutions of government. Architecture changes the nature of power."

The Central Vista project will stamp Delhi with the seal of the BJP government – and Modi himself – for a long time to come.