India’s institutions are broken. There is no clearer example than the case of Raghu Rama Krishna Raju, an Andhra Pradesh MP for the YSR Congress Party.

Mr Raju won his seat in the Lok Sabha in the 2019 elections, representing the constituency of Narasapuram. Unlike most other party members, who support every decision of Chief Minister Jagan Mohan Reddy, Mr Raju has always been an outspoken critic of his own party.

Only a few months after winning the election, Raju criticised Jagan’s decision to oblige Telugu-language government schools in Andhra Pradesh to teach in English. Soon after, he gave interviews in the media about an alleged government scam related to low-income housing projects, and spoke out against illegal land sales and black market deals between the government and the sand trade. In 2020 he complained to Narendra Modi that Jagan was promoting evangelism in Andhra Pradesh, and also drew public attention to the YSR Congress Party’s caste-based politics, claiming that the party has a strategy of using community leaders to target a leader of the same caste: “For instance, if they want to criticise Pawan Kalyan, they will make leaders of his community (Kapu) speak against him,” he said in an interview.

Most controversially of all, in April 2021 he asked a CBI special court to cancel Jagan Mohan Reddy’s bail on the grounds that the CM had violated its conditions. Jagan has already served sixteen months in prison in a disproportionate assets case, and has still not been cleared. He was granted bail, provided he refrain from attempting to influence any of the witnesses in the case. According to Raju –  never afraid to speak his mind and tell the truth as he sees it – Jagan has tried to do just that, rewarding those who were accused with him and thereby breaking the terms of his bail.

On Friday 14th May 2021, Mr Raju was arrested and charged with sedition. It was a clear warning to any MPs who refuse to toe the party line, and anyone who dare criticise the Chief Minister.

The events surrounding Raju’s arrest are a glaring example of the institutional crisis in India today. Both the police and doctors at a government hospital, who were called upon to provide evidence, showed themselves to be corrupt tools of the state government. The media, reporting on the case, told the story acceptable to the authorities rather than providing a neutral account. Even the CBI, far from defending justice, acted as an arm of those in power.

When even a member of parliament is at risk of sedition charges for speaking out, no citizen of India can feel safe.

Mr Raju was tortured by police. This is all too common in India today 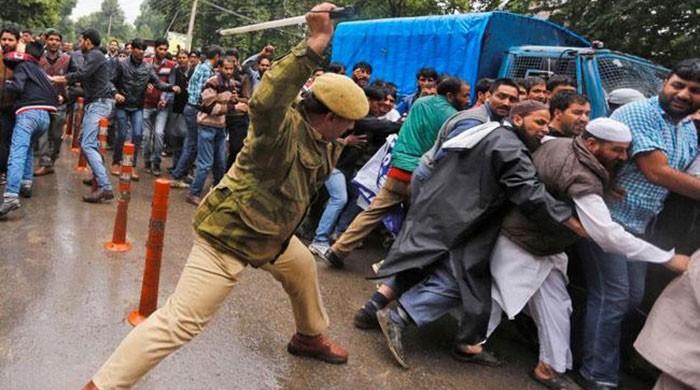 Just a few weeks after Mr Raju submitted an official request to the CBI special court asking them to withdraw Jagan’s bail, he was arrested on charges of “sedition, disturbing communal harmony and attacking dignitaries of the Jagan Mohan Reddy government,” according to a police statement.

At the time of his arrest, Raju was in Hyderabad, celebrating his 59th birthday. According to his son, officers from the CID took him by force without giving any justification or telling the family where he was being taken.

Later, according to Mr Raju, he was tortured while in police custody. He alleges that the police beat him up while demanding that he withdraw his accusations against the Chief Minister, and tortured him by beating the soles of his feet and wrapping a hot iron wire around his legs. He was left with injuries that called for hospitalisation, including fractures of the leg.

Raghu Rama Raju is a powerful and wealthy member of parliament. Unlike others who have been arrested and subjected to abuse at the hands of the authorities, he is able to hire the best lawyers to represent him and ensure that his case is heard before the courts. As a result, when taken before the magistrate, he protested the treatment he had received and demanded justice. He had injuries to prove his claims of police brutality, and the judge ordered that a hospital should examine these injuries to confirm that they were the result of violence.

False testimony from the government hospital

The High Court sent Mr Raju to doctors at the Guntur Government Hospital, who submitted a report stating that he had no injuries. However, thanks to his lawyers, Raju was able to secure a second examination, this time at the Secunderabad Army Hospital, where he was allowed to remain in judicial custody. Crucially, this private hospital is located in the state of Telangana, not Andhra Pradesh, where it would be almost impossible to protect Mr Raju from the possibility of reprisals at the hands of the government.

When the second set of medical reports came through, the bench accepted the possibility that Raju may indeed have been tortured while in judicial custody, and approved his request for bail. After his discharge from the Secunderabad Army Hospital, he travelled to Delhi and has remained there while continuing to speak out strongly against the abuses he suffered.

Again, the problems inherent in our toothless institutions are clear: doctors at the Guntur Government Hospital in Andhra Pradesh were unable to stand up to pressure from the state government. Despite the marks on Mr Raju’s legs and feet, and x-ray evidence of fractures, they issued a statement that he was uninjured. Institutions such as hospitals should be politically neutral, or how can they be relied upon to give evidence? In this case, they clearly cannot; they simply acted as pawns of the state government.

Reporting on the case

Raghu Rama Raju in a wheelchair after his release from hospital 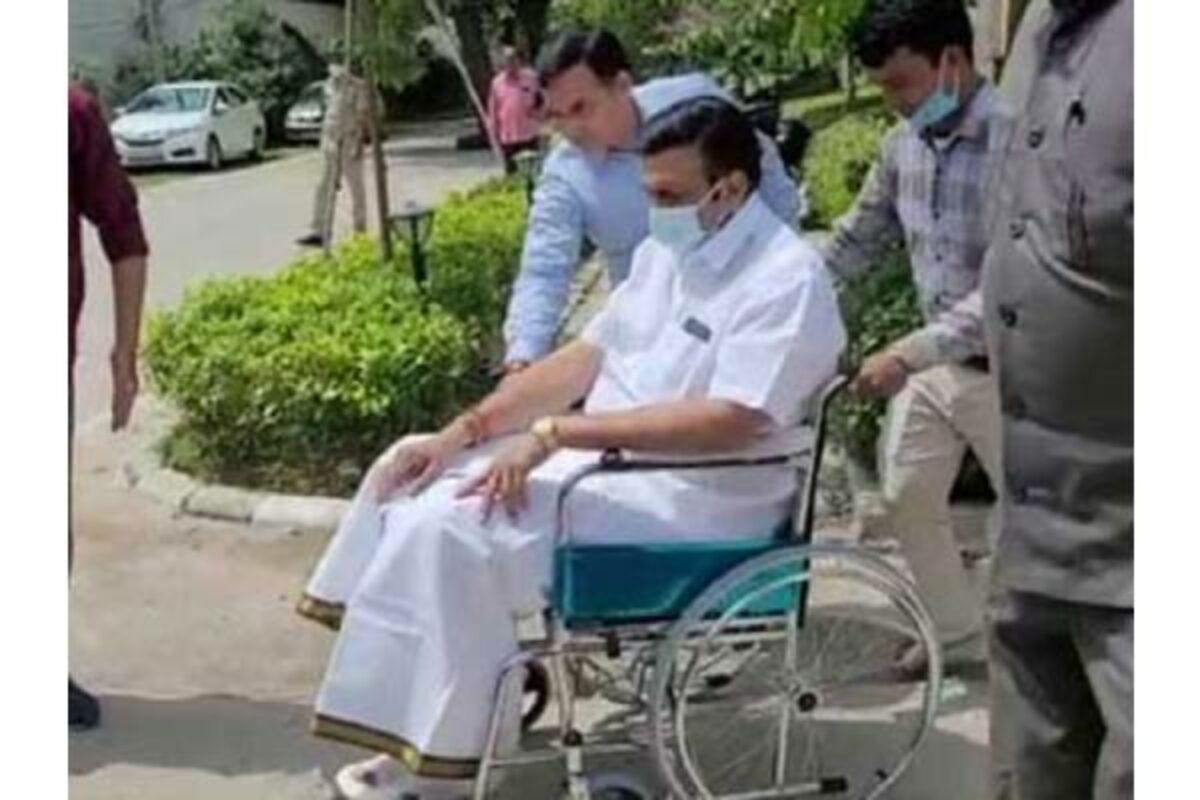 Just as disturbing as the actions of the police and the medical officers is the response of the press. Media reporting on the case has been overwhelmingly in favour of the state, and against Mr Raju. From an internet search of news articles related to the events, you come away with the sense that Raju is a dangerous trouble-maker, while the YRS Congress – and Jagan himself – are the victims.

Regional news platform Great Andhra reports that Mr Raju has made it his mission to “tarnish the image of the chief minister to the maximum extent possible” – not the other way round.

“Wheelchair yatra embarrasses critics,” reads the headline in Telugu 360; the article suggests that Raju’s use of wheelchair while in Delhi is calculated clear bid for sympathy rather than an indication of the violence he has suffered.

There are many more. The media, which should report the facts of events, is in the hands of the state and national governments.

The powerless are silenced

Dr Sudhakar, who criticised the government for the lack of PPE last year, has died at the age of 52 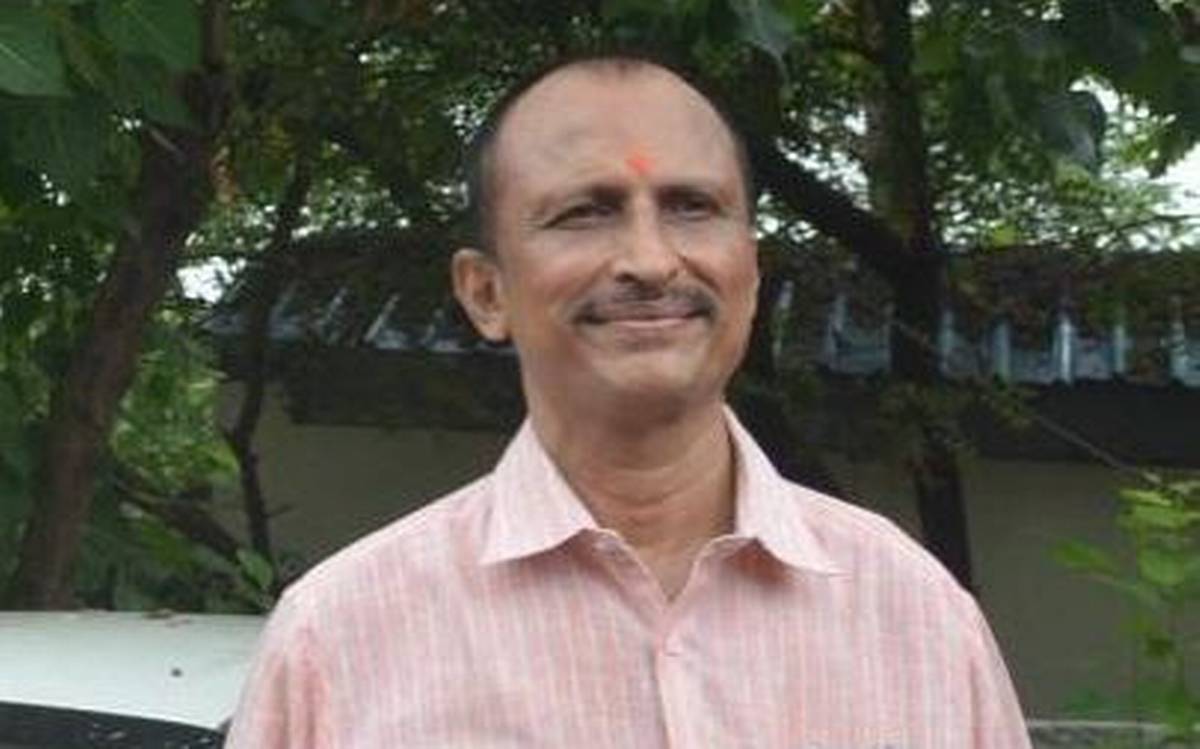 Raghu Rama Krishna Raju has suffered shocking treatment at the hands of our institutions, but he has the financial resources to fight it as well as the courage to speak out. To take on the power of the state government, you need both.

Others are not so fortunate. Dr K. Sudhakar, for example, made headlines last year when he criticised the AP government for failing to provide sufficient PPE to medical staff during the Covid-19 pandemic. As a result, he was suspended from his work at Narsipatnam Area Hospital and harassed by the police, culminating in his forcible arrest and admission to a mental hospital. His family have stated that he had no mental problems.

While he was released from the mental institution, he continued to experience state persecution. He died as a result of a cardiac arrest this year, aged 52, still waiting for his case to be heard. N. Chandrababu Naidu, former Chief Minister and leader of the opposition, has called his death “political murder.”

Dr Sudhakar had the courage to speak out, but lacked the wealth and power to protect himself from the backlash.

Read more: How our institutions are failing

In the following series of articles, we take a deeper look at the failed institutions involved in the case of Raghu Rama Krishna Raju, and others that play an essential part in the functioning of a democracy: the police, the CBI, our government hospitals, the media.

Why have they failed us? And how can they be strengthened?