“Dowry deaths” are a form of violence against women, and India has by far the highest number in the world.

In 2019, over seven thousand women died in cases related to dowry disputes, either at the hands of their husbands or in-laws, or by suicide following extreme harassment and abuse. In some years, it’s even more. And those are only the deaths that are reported to the police – the real figure is probably far higher.

Section 304B of the Indian Penal Code treats a woman's death in her marital home within seven years of marriage as a possible dowry death that needs to be investigated. It’s an indication of just how serious this problem is: any dissatisfaction on the part of the groom or his family regarding dowry can lead to serious mental, physical, or emotional abuse.

In some cases, it leads to murder or suicide – as in the three cases in Kerala earlier this week.

A 22-year-old driven to suicide

Vismaya loved life, and was studying to be an Ayurveda doctor 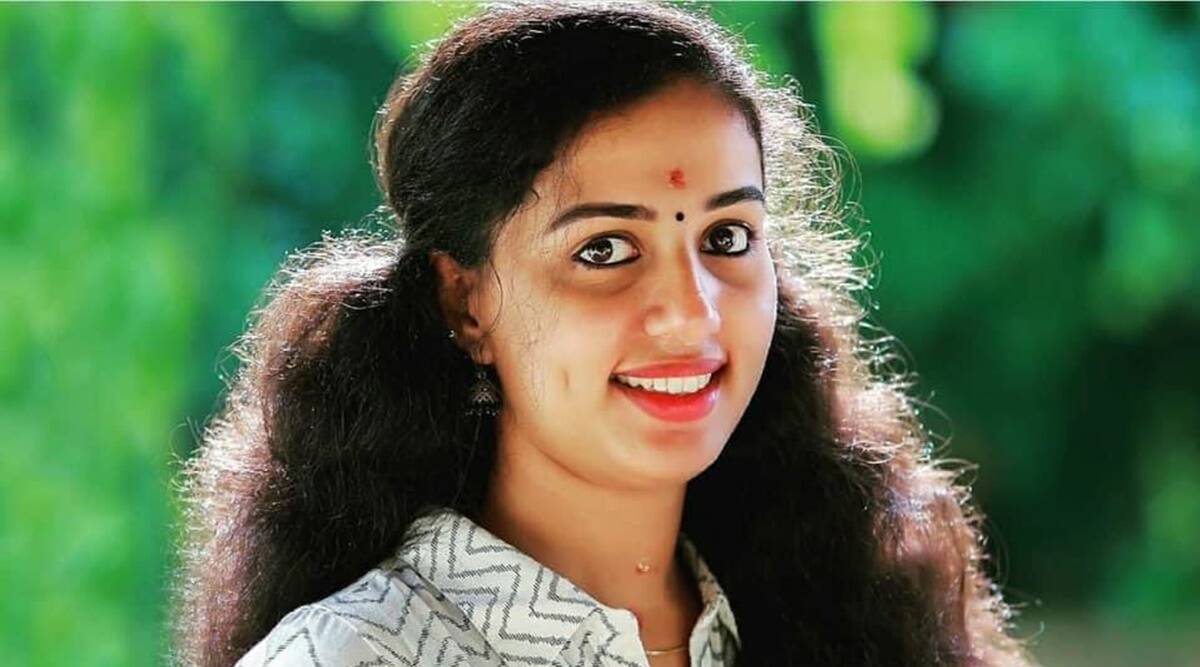 Vismaya Nair, 22 years old, was a strong-minded, active young woman. At school, she was one of the top dance performers and took part in district festivals in Kerala. After graduating, she began studying to be an Ayurveda doctor, and was preparing for her final examinations when she died. She was popular, and much loved by her family and friends.

Vismaya took her own life – yet her tragic death should not be classed as a suicide. Abused by her husband and his family, she was unable to endure a living hell.

What went wrong? Vismaya’s marriage looked so promising. She had made her own matrimonial profile online, and Kiran Kumar was one of the suitors who responded. They talked, and hit it off. It was a marriage she had chosen for herself, with the full agreement of her parents.

Kumar’s family expected a dowry, but Vismaya’s parents were prepared to pay. Her father had been working hard in Saudi Arabia for 25 years as a supermarket supervisor, and he had saved enough to give his daughter a good settlement. The lockdown in early 2020 hit the family hard, however, and they were unable to sell some of their assets. They put together everything they had as a dowry: gold, an acre of land, and a second-hand Toyota.

Kiran Kumar accepted the offer, and the marriage went ahead. But very soon the husband began to bully and physically abuse his new wife. For eight months, she suffered in silence, until finally he threw her out and she was forced to return to her family. “She said that the last straw was the car we offered him. He did not like it,” said her brother.

Kiran was violent. He even attacked her in front of her own family, breaking her brother’s arm when he attempted to intervene.

Less than a year after her wedding, Vismaya hanged herself, unable to take any more. Her family regrets not having gone to the police when they realised how bad the situation had become, but fear of social stigma prevented them: “We did not want people to talk about it,” her brother says.

Some families pour their life savings into dowry payments 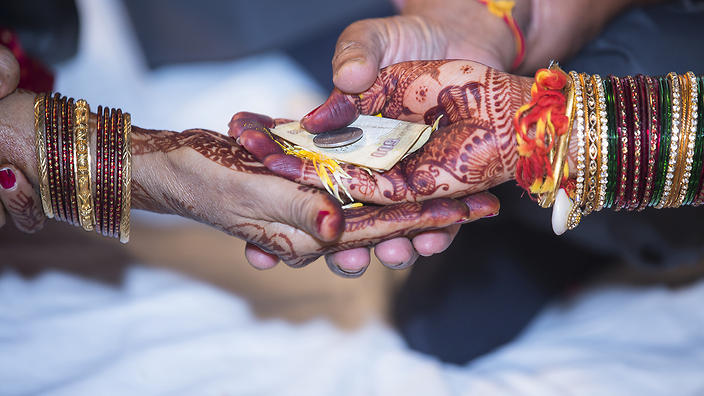 When Vismaya’s brother married a few months ago, having seen how much his sister suffered as a result of dowry disputes, he chose to set an example by refusing to take a dowry himself.

Yet this attitude is still uncommon, even among well-educated families. In fact, sometimes a higher education means that the groom’s family is likely to demand a higher dowry. Educated men can ask for more, given their higher earning potential, and it’s a way to recoup the costs of their education.

But the dowry system isn’t good for men either. A young man can find himself obliged to support his entire family, and if he has sisters – even female cousins – that means finding the money for their dowries before they become “too old”. It’s a huge responsibility.

The 1961 law prohibiting dowry has not worked; the pressure of tradition and social expectations remains too high.

We need a cultural change in attitudes to women

Getting married should not put a woman's life in danger 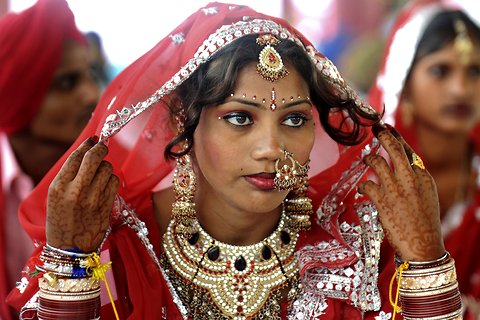 In the case of “dowry deaths”, dissatisfaction about the dowry payment is the catalyst for violence against the bride. It means that her new home is unsafe, and her new family become her persecutors. It means that a young woman can be driven to take her own life - simply because her husband wanted a better car.

That’s more than enough reason to prohibit it, and to find a way to put the legal ban into practice in the same way that the tradition of sati was outlawed by the British colonial government.

Yet, so far, the government has failed to implement the law effectively.

To do so, we need a greater cultural shift. Even when a dowry is not requested, the bride’s family often feels obliged to pay one for the sake of social status.

Women must be valued and respected as much as men. We need to abandon our culture of misogyny. As long as women are seen as inferior to men, gender-based violence of all forms is quietly tolerated.

Yet its consequences are devastating.

on this page...
A 22-year-old driven to suicide An_Indian
Social expectations that destroy lives An_Indian
We need a cultural change in attitudes to women An_Indian
options
share visibility
Related articles

Three women died in Kerala this week as a result of dowry disputes. This violence against women must stop