Imagine Greta Thunberg arrested by the Swedish government. She’s been criticising political inaction over climate change, after all, and criticism of the government is sedition.

Too improbable? Of course. It could never happen. Sweden, after all, is a democracy. Democracies welcome voices of dissent and peaceful protest. They engage in dialogue with them, and sometimes even learn something. They respect everyone’s right to freedom of expression.

The arrest of Disha Ravi, a 22-year-old climate activist, is yet another warning signal of the end of Indian democracy. Ravi was arrested on 13th February at her home in Bangalore after sharing a document to help people support the farmers’ protests.

The document is a “toolkit” of ideas of how to show solidarity with the movement and engage in peaceful protest. Disha Ravi did not even write it herself; she only edited a couple of lines. Yet she has been charged with sedition. "The call was to wage economic, social, cultural and regional war against India," according to the police.

Today’s India is intimidated by a young woman’s online activism. Far from encouraging freedom of expression, Modi prefers to silence it altogether, taking strong measures to discourage others. To dissent is a criminal act.

This is not democracy.

Disha Ravi is one of the founders of the Indian branch of Fridays for Futures climate strike. She’s been involved in climate protests, helped to clean up lakes and plant trees, and spoken out against sexism and capital punishment.

Fellow activists have noted that Ravi was always careful to observe the law. During a recent campaign to protect trees in Bangalore, she made sure she had police permission before going ahead.

She is a young woman who cares deeply about environmental and social justice.

Lawyers, civil rights organisations, and other activists have all expressed shock. “To accuse a young climate activist of sedition — even if it’s true that she had some part in a social media ‘toolkit’ — is deeply egregious,” Karuna Nundy, a Supreme Court lawyer, told the Financial Times. “This comes at a time when those who disagree with government policy are being systematically targeted for saying so. Going after perhaps the youngest and most vulnerable of the activists sends out a chilling message.” 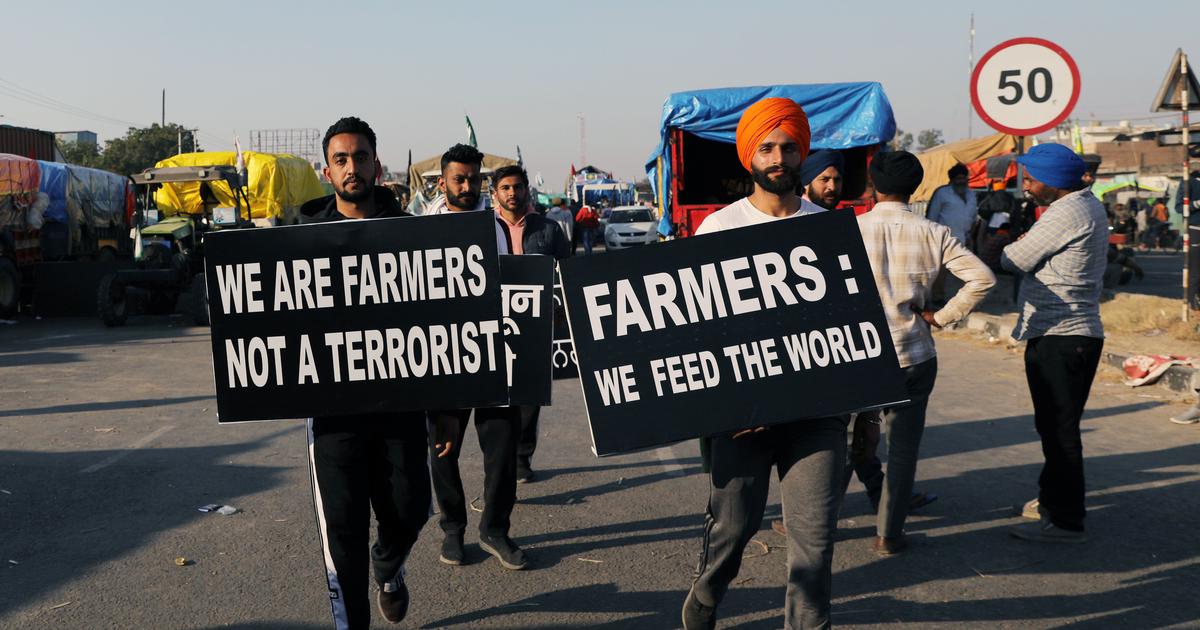 In the week since Disha Ravi’s arrest, one of the stranger “facts” to emerge about the young activist is that she is actually a Christian, and her real name is Disha Ravi Joseph. It has spread like wildfire on Twitter: as a Christian, she must be at odds with Indian society. She is a threat.

The only problem is that it’s completely untrue. Her own family has clarified that she is a Hindu, and her full name is Disha Annappa Ravi.

Why should her religion be considered relevant? As one of her friends told The News Minute, “It should not matter if someone belongs to a particular religion or caste. She is an Indian who believes in all of us coming together for the greater good and progress of this nation and us as humanity."

Unfortunately, for many supporters of Modi’s government, religious identity is extremely relevant. Anyone who is not a Hindu can be considered a threat. Spreading a lie like the “Disha Ravi Joseph” story serves a purpose, however easily it can be discredited. It stirs up the anger, fear, and nationalism that is now all too near the surface. It justifies hatred.

It’s the same tactic the government is using to discredit the farmers who are now entering their third month of protest. Modi has promoted the narrative of the protestors as “Sikh separatists” who are out to topple the majority-Hindu state. At the end of January, after the conflict between police and protestors at Delhi’s Red Fort, the state media labelled the farmers as “anti-national” and “Khalistani”.

The majority of the protestors are indeed Sikhs – who stand out because of their appearance – but it does not follow that it is a Sikh separatist protest. They are joined by other protestors, tens of thousands of them, who are Hindu, Muslim, Christian, and of other religions. They have one thing in common: they are farmers, and object to the new agricultural laws.

When voices of dissent can be put into the category of “non-Hindu”, it moves the focus away from the reasons for their dissent and places it on identity. The debate ceases to be a critical conversation about the causes of a problem and its possible solutions, and becomes fixed on the idea of “us and them”.

India’s Constitution states clearly, in its first line, that India is a secular nation. The concept of secularism exists to ensure that diversity is respected, that people of different faiths and backgrounds can coexist, and that the “us and them” mentality ceases to have any power. But India today is no more secular than it is democratic.

An attack on free speech

This is just the latest in the rising crackdown on free speech in India, and a number of journalists reporting on the farmers’ protests have also been arrested.

Yet the arrest of Disha Ravi is one of the most shocking. Satish Deshpande, a sociology professor, told Time magazine that the government aimed to terrify people into silence.

“The current moves show that the government is sticking to its formula of declaring all democratic opposition—or even dissent—to be acts of sedition.”

But how long can Modi continue with this formula? With such a public outcry, both in India and internationally, he is testing the limits. If it goes much further, India risks real censure from the global community. It is no longer enough to simply state that we are a democracy – we need to start behaving like one.