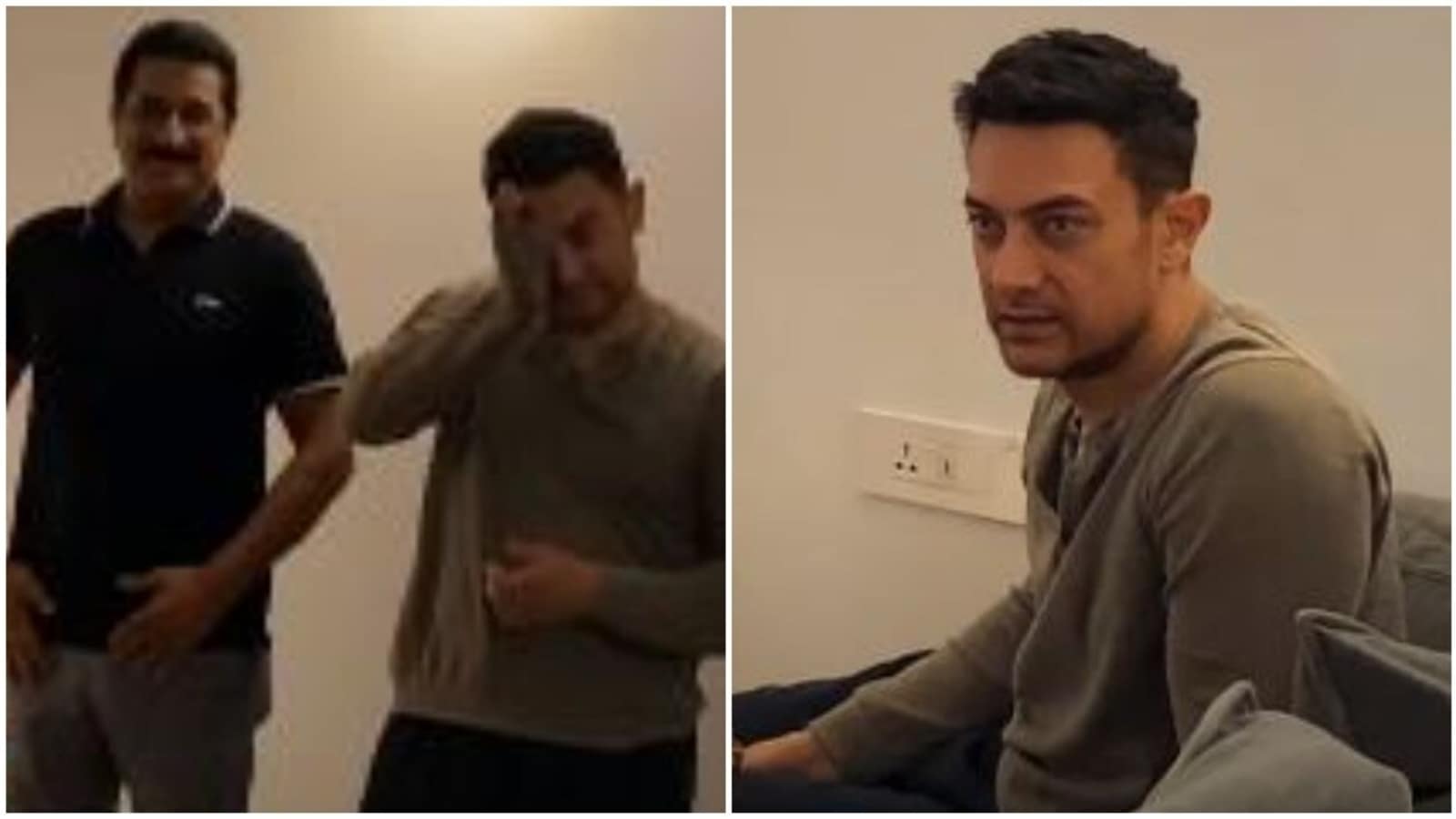 Actor Aamir Khan was left teary-eyed after he watched Jhund at a private screening recently. In a video shared by T-Series on its YouTube channel, the actor heaped praises on the film and called it a 'unique' one. Speaking with Jhund director Nagraj Popatrao Manjule and producer Bhushan Kumar, Aamir said that the film 'breaks whatever we learnt in last 20-30 years'. Aamir also called Jhund 'one of the greatest films' of actor Amitabh Bachchan. He complimented the children who worked in the film. (Also Read | Amitabh Bachchan and his staff took fee cut for Jhund, told producer to spend it on film instead) The biographical sports drama is based on the life of social worker Vijay Barse, who inspired slum kids to form a football team, with Amitabh essaying that role. In the video, as the film ended, Aamir was heard saying, "What a film. My God. Bohut hi behtareen film hai (It's an amazing film)." He was seen wiping tears away with the sleeves of his T-shirt as he gave a standing ovation. "It has happened for the first time that a film has received a standing ovation during a private screening. I don't have words to say. The way you have captured the emotions of girls and boys of India, it's unbelievable. The way the children have worked is unbelievable," he said. Aamir also said, "What a film you have made! It's a fantastic film. It's very unique, I don't know how you guys were able to make it. The spirit that you have captured doesn't come from logic." Calling the film 'surprising', Aamir added that the film has a lasting effect on the audience. He said, "The film breaks and undoes whatever we have learnt in the last 20-30 years (waves his hand). You have made a football of that (laughs)." Speaking about Amitabh Bachchan, Aamir said, "What work he has done! He has done great films in his career. But this is one of his best films. One of his greatest films." Next, Aamir gave a standing ovation, clapped and hugged as the cast members of Jhund entered the room. He then invited them to his home and introduced his son, Azad Rao Khan, to them. He also interacted and clicked pictures with them. Jhund is produced by Bhushan Kumar, Krishan Kumar, Raaj Hiremath, Savita Raj Hiremath, Manjule, Gargee Kulkarni and Meenu Aroraa under the banners of T-Series, Tandav Films Entertainment and Aatpat. The film is scheduled to release on March 4. 'Necessary For India Too To Be Self-Reliant': PM Modi Notes